The store will not work correctly in the case when cookies are disabled.

When it comes to application-specific electronics solutions, the focus of the Liebherr Group is on Liebherr-Elektronik GmbH in Lindau on Lake Constance. Around a quarter of the workforce there - 580 employees in total - work in research and development, and more and more are using simulation software from ANSYS and CADFEM to speed up sophisticated developments.

The high-quality electronic assemblies and components from Lindau play a decisive role in the company’s numerous machines, for example in construction machines, in aviation or in traffic engineering. In addition, there are many external customers from a wide range of industries who rely on Liebherr’s sophisticated and durable electronics solutions.

After a framework agreement between Liebherr and ANSYS was concluded in 2019, all employees from the development sector can now access the entire simulation portfolio of ANSYS without additional software investments. As a result, in addition to the calculations previously performed for structural and fluid mechanics, more and more electromagnetic and electronic simulation applications are now being carried out, especially at Liebherr-Elektronik GmbH in Lindau.

As a decades-long Liebherr partner for numerical simulations, CADFEM also supports the development in Lindau by providing supplementary consulting services through preliminary work and/or the training of users.

The entry into electronics simulation started in Lindau with several simulation workshops organized by CADFEM. Interest and participation in the workshops were high and sparked enthusiasm for simulation among many development staff. Lars Hummel, who develops aerospace components at Liebherr-Elektronik GmbH, explains: “We learned a lot, and not only about simulation. The experienced electronics developers were shown ways to master future challenges. Even the younger or newer colleagues were able to get a good start in the world of electronics simulation... some of them carried out their first simulations immediately afterwards, mostly with thermal issues.”

In order to further deepen the knowledge and exploit the potential benefits as comprehensively as possible, three simulation competence centers were created in the electronics sector in Lindau:

At the same time, corresponding key users were appointed, and a cross-site exchange was promoted. In this way, the simulation know-how that has been built up can be pooled in order to learn better from one another within development and to find and take advantages of synergies. This reduces the number of real prototypes, accelerates development and increases time and cost efficiency, with the aim of securing and expanding the market shares that have been fought for.

Even with high-speed projects in electronics development, simulation is absolutely necessary. At Liebherr in Lindau, systems for the air conditioning of aircraft as well as flight, flap and landing gear controls, among other things, are developed. It is almost impossible to ensure signal integrity in the high frequency range using conventional measurement methods, as the measurements themselves can lead to significant signal corruption.

Lars Hummel explains: “In a current pre-development project for avionics, we are preparing for the development of our next generation of digital products. The focus in the pre-development project is on high-speed connections between multi-core processors, memory, FPGAs and interfaces, some of which are still in the development phase at the manufacturers themselves.” In order for the significantly higher cyclical components in the system to work together reliably, Liebherr development must master new challenges that differ significantly from all previous ones. It is not enough to rely on the existing layout and hardware experience, as was previously the case. It is becoming increasingly necessary to simulate the new critical circuit components as early as possible in the development phase. For this purpose, development loops – consisting of simulation and optimization phases – run until the simulation results meet all requirements without any problems.

The architecture of a current pre-development project, which is primarily focused on high-speed design, provides for high-speed communication between multi-core processors and FPGAs as well as between the FPGAs themselves via a high-speed data bus. This is based on a full-duplex point-to-point serial topology consisting of a root device and several endpoint devices. The device-internal high-speed clock and data interfaces comply with the HCSL standard (High Speed Current Steering Logic), which was defined specifically for high-speed data transmission. Here, the digital signals are transmitted differentially and with low voltage.

HCSL is the standard for various high-speed express clocks, and it is an open emitter output with a current source of 15 mA that requires an external resistor of 50 Ω to ground for the output to switch. HCSL is specified for an impedance of 50 Ω single-ended or 100 Ω differential. The implemented single-lane high-speed link consists of a differential transmit and receive pair that are AC-coupled. The transmit and receive lanes are independent and the receiver recovers the clock from the data stream. The data is 8b/10b encoded and the transmission rate is 2.5 Gbits/s.

The eye diagram provides information about the signal quality

De-emphasis can be applied at the transmitter to boost high frequency signals to meet eye-level requirements at the receiver. Using ANSYS SI-Wave, the relevant signal lines are imported from the first layout version and integrated into the simulation. In addition to numerous parameters, the eye diagram can be used to graphically show how the transmit signals correspond to the required values on the receiver side or how much jitter and signal-to-noise ratio is present.

In the following eye diagram, the green area in the center shows the signal limits (level vs. time) required by the receiver. The simulated signals are shown in blue and indicate the expected signal course, which can be influenced by various optimizations in the circuit design, in the layout design or on the transmitter or receiver side.

In order to find faults in the design, a TDR response (Time Domain Reflectometry) can be simulated with the SI-Wave simulation, with which the fault positions (large swing of the reflection) become visible for the transmission. From this TDR waveform it can be seen that - due to impedance changes - there are strong reflections on the circuit path.

The difference between the electrical properties of two segments is the cause of one of the large reflections seen in the TDR wave in the following layout section. The transmission line parameters of the first segment must be adjusted to match the second segment. This is a first rough adjustment which will be followed by further fine tuning.

Even tight schedules can be met with simulation

“The pre-development project was also important for us to get to know the development and simulation processes better and to detect and remove any stumbling blocks,” emphasizes Lars Hummel. “Once the path has been taken and documented, it’s easier for others to follow it and progress much faster.” Simulation also increasingly plays a role when it comes to meeting tight schedules. Simulation is a strong argument when it comes to convincing customers that Liebherr is the right development partner for next-generation products. This is because Liebherr can present both the required know-how and the necessary efficient tools.

In the aircraft industry in particular, the reliability of the products supplied is crucial, for example in terms of signal integrity. For this, not only must the desired form of the signals be supplied, but sufficient safety buffers must also be taken into account for the required characteristic values in order to obtain a robust system. This is easier to accomplish with simulations. “In the past, we often commissioned external specialists to perform calculations, but were only able to draw very limited conclusions from the simulation,” reports Lars Hummel. “In some cases, it was difficult to understand the results in detail and to classify them correctly. In addition, if small modifications to the simulation model were necessary, we had to arrange for a new assignment. That was tedious and costly. But now that we carry out the simulations independently, we gain the necessary detailed understanding and have become much more flexible. In this way, we fully live up to our engineering standards and obtain an optimal solution in a short time with the simulation.”

With simulation, whether the signal integrity meets the respective requirements and whether the selected path is accessible can already be considered in the concept phase. Many fundamental questions can already be answered with the feasibility studies carried out in Ansys HFSS. For example, how should the architecture of the electronic controls to be designed? How will the signals be handled? Where will the connections be placed on the printed circuit board? Where are ribbon cables required and which connector types can be used?

An important criterion for power integrity is to bring sufficient supply power to the individual ICs. Simulations can be used to analyze whether the current flows through all the VIAs offered. It shows which modifications can be used to achieve a load that is as even as possible. Is this done with few very powerful VIAs or rather with several standard VIAs in a special arrangement? For such questions, the simulation provides very informative insights for the layout of a robust design, which are not so easy or not at all achievable with tests.

But now that we carry out the simulations independently, we gain the necessary detailed understanding and have become much more flexible. In this way, we fully live up to our engineering standards and obtain an optimal solution in a short time with the simulation.

So far, the layouts have been based on the extensive experience of Liebherr development. But with increasing demands and complexity, traditional methods are sometimes no longer sufficient. The comprehensive experience of development and the company’s own rules (guidelines) established in the past are meaningfully supported by the gradual expansion of simulation.

“Our experience shows that we can use simulation to analyze the behavior of individual components in detail and thus understand and develop the entire system in a better way,” explains Lars Hummel. “By meeting our own high quality criteria, we also guarantee our customers the promised security regarding the functionality of the products.”

Learn how to use simulation to optimize the cooling of electronic assemblies for maximum reliability. 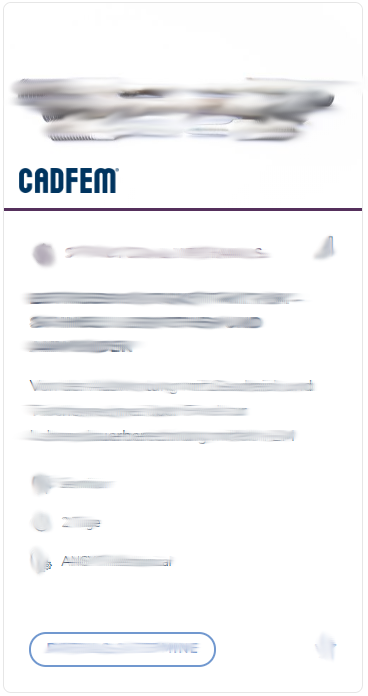