The store will not work correctly in the case when cookies are disabled.

Simulation leads to smooth transport and distribution of granite

The design of mining equipment is a subject of high complexity. Despite immense mass flows and wear-promoting materials, reliability and service life must be maximized. Software for simulating the transport and sorting of rock can make a significant contribution to optimizing such equipment.

Project for a granite quarry near Loughborough

But it is not only the development of the process engineering equipment, such as crushers and screens, that requires attention. Wear and durability also play a major role in the transport of the rock between the plants. For the transport, mainly conveyor belts and slides are used, the so-called chutes.

For nearly 40 years, Centristic has been supplying practical engineering services to the materials handling industry. From our base in the Southwest UK, we have provided design, fabrication, installation and management services to a wide variety of sectors within the extractive industry, from supply of individual items to complete turnkey installation projects. With design technology forever improving, we look at the way we manage our own processes. Moving away from traditional experience based assumptions for material flow and trajectory, we have embraced DEM (Discrete Element Modelling) giving us and our clients confidence in design from the outset, long before committing the details to steelwork.

Since 1982 Centristic Ltd has been designing, manufacturing and installing a wide range of material handling systems for use in the mining, bulk materials and recycling industries throughout the UK. In 2019, Centristic was awarded a major project to design and install new conveyors, structures and equipment at a large granite quarry near Loughborough, England The crushed primary product was to be transported from the quarry to a screen house, where fine rock has to be screened off. In the new development of the plant, the boundary conditions of the screen house were critical since the inlet for the rock as well as the two outlets are predefined. The overall system of the screen house consists of two chutes and a screen.

The material - 2400 tons of granite per hour - arrives at the new screening house from the primary crusher on a 1.8-metre-wide conveyor belt. There, after passing through the screen, it is unloaded onto one of two conveyor belts. The high feed rate, the highly abrasive effect of the rock and the dimensions of the equipment required to process the rock presented Centristic with major challenges. It was particularly difficult to divert and best distribute the rock on the screen to ensure effective separation. Therefore, Centristic decided to cooperate with the simulation specialist CADFEM. Rocky DEM (Discrete Element Method) software was used to analyze the material flow, but the screen was not included in the simulation because it is a supplier part for Centristic.

Check feasibility for chute with simulation

When developing the inlet chute, Centristic - as usual - designed the internal design as well as the surrounding supporting structure. Through internal studies, Centristic staff arrived at a chute design that could meet the requirement, but only under optimal conditions. Despite their many years of extensive experience, the material handling specialists were unsure whether they could guarantee the trouble-free operation of the system. To avoid time-consuming and financially costly rework, the design was handed over to CADFEM together with all known details of the rock to be conveyed. There, either the feasibility of the original design was to be confirmed or an alternative, functioning solution was to be found.

The task of the inlet chute is to deflect the material in the direction of the screen. In this case, this means a change of direction of 145° (see picture). In addition, the material must be distributed from a 1.8-metre-wide conveyor belt to the full 2.9 meter width of the screen. This distribution should be as even as possible (uniform distribution), which was required by the screen manufacturer. In addition, the risk of clogging should be kept low.

In order to check these requirements for the system in the classic design, the only option is to build a prototype or a model. However, both are associated with a high expenditure of time and money and were unthinkable for this project, so the virtual prototypes and the simulation with Rocky DEM were the saving alternative.

The design and possible variants were calculated

Within the scope of the project, the initial design and five optimizations were calculated. Stone-shaped polyhedron particles were used, corresponding to the client's grading curve in a size of 37.5 to 300 millimeters. Fines below 37.5 millimeters were not considered in the simulation, as they increase the calculation time and hardly influence the material behavior. The material was calibrated according to the customer data and then used for the simulation. The calculation time for each design was about 48 hours. The individual optimizations were discussed between the Centristic and CADFEM employees for each variant and the resulting new modifications were implemented within one day.

In order to achieve a uniform mass flow via the outlet to the connected screen, this was determined in six sub-ranges (see figure). Through the optimizations, the deviation from the uniform distribution of -10.5 / + 6.5 mass percent could be reduced to ± 1.8 mass percent.

Comparison of the flow behavior of the inlet chute in the initial design and final design.

For the initial design of the input chute and five variants, the calculations were performed with Rocky DEM.

In the initial design, the deflection of the material was not optimal, which leads to an uneven mass flow at the outlet (deviation from the ideal state -10.5 / +6.5 %). In addition, a so-called dead zone is created, so that a great deal of material remains in the chute (see circle).

Stages were added to increase the flow velocity and reduce the dead zone. However, this had no measurable effect on the distribution at the outlet.

Beveling the upper protrusion to redirect the material brought a slight improvement in uniformity.

Reorganization and beveling of the steps to deflect the material indicated a further improvement in the mass flow rate.

The use of beveled ledges on the two protrusions to direct the material from the center to the edges results in a strong shift of the mass flow to the right side. This solution also tended to clog.

With the return to a shortened, angled top protrusion, the goal is achieved: Most uniform material flow with ± 1.8%.

The outlet chute also posed considerable design challenges. The chute has two outlets, both of which have to be flowed through equally well. Here, the small installation space and the small height difference between inlet and outlet pose hurdles. The main problem, however, was the screen. It is a model with two decks, which were necessary in order to screen safely despite the large mass flow. The two mass flows of coarse and fine material resulting from this sieve had to be reliably combined, regardless of which of the two exits the material was let out through.

Furthermore, during operation, it must be possible to open and close the associated slides in front of each outlet. Therefore, blockages and remaining material in the critical areas must be avoided. No solution for this requirement emerged from the empirical values, which is why only the creation of a prototype or a model would have been an option here, too, according to the classic approach.

In the second sub-project, the initial design and five optimizations were calculated with Rocky DEM, whereby the calculation time for each design was around 24 hours. Here, too, the customer's specified grading curve (37.5 to 300 millimeters) minus the screened-out particle sizes was considered. The biggest problem was found to be reliable mixing, as well as preventing clogging at the remote outlet 2.

Comparison of the flow behavior of the outlet chute in the initial design and final design.

Calculations were performed with Rocky DEM for both the initial chute design and five optimized variants.

The initial design resulted in large material deposits with gate 1 closed and blockages of the chute with both gate 1 and gate 2 open.

During revision 1, modifications were made to the lower section and an intermediate level was installed. The aim was to reduce sedimentation and increase the flow velocity to outlet 2. A better flow through outlet 1 was achieved, but no improvement at outlet 2.

During revision 2, an enlargement and relocation of the gate valves to the intermediate level took place. But as before, severe segregation and the risk of clogging was observed at slide gate 2.

Revision 3 included the reconstruction of the outlet area of outlet 2 to increase the flow velocity. However, this did not result in improved flow.

In revision 4, the step after gate 2 was removed to increase the flow velocity. The step served to prevent wear, but its removal did not result in improved flow.

With revision 5, the outlet area of outlet 2 was rebuilt to increase the flow rate. Likewise, the space was enlarged for a higher volume flow. In addition, the slope was increased to reduce resistance and increase the flow velocity. This enabled a reliable flow through the chute for outlet 2 and also ensured the mixing of the two inlet mass flows for both outlets.

Through the Rocky DEM flow and wear analysis, Centristic were able to identify areas which required additional protection and where stone on stone contact could be relied on, making provision of linings efficient. Alongside this element, Centristic, with client input, chose suitable lining media for the various impact locations using site-based experience, meaning the chutes were supplied with readily available products that the site knew would be appropriate for the application.

Compared to classic chute design techniques, Centristic were able to provide fabrications based on real-time flow simulations using client supplied material properties. These parameters allowed the Rocky DEM analysis to show actual flow of the graded material through changes in direction and in flight, where previously, engineers would only be able to see this real information during commissioning.

Major tasks were accomplished on a tight schedule

Looking back, those responsible at Centristic are extremely satisfied with the supportive involvement of CADFEM. The use of the Rocky DEM analysis software for this project proved to be very useful - firstly in the actual design of the chutes and secondly in the communication with the customer.

During the chute design, it was only through the use of Rocky DEM that it was possible to complete the tasks to be done within the tight schedule. The Centristic designers were able to make all basic design decisions based on the geometric constraints and the simulation results of the calculated variants. This ensured, even before commissioning, that the rock would pass through the chutes without any problems and arrive correctly on the screen or conveyor belt.

Furthermore, with the help of the simulations, Centristic was able to convince the client that his specific requirements had been fully taken into account. Especially the specific operating conditions of the process screen, but also those of the entire plant, were well represented by the use of Rocky DEM and formed the basis for the final design of the individual plant components. 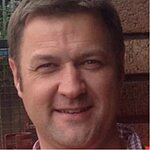 "The services we received from CADFEM allowed us to safely meet the specific requirements of the project in the design phase and save time and money as the project progressed."

Join our conference to see ways in which the fundamental procedures of process engineering can be analyzed, understood, and optimized with the assistance of particle simulation (DEM) and computational fluid dynamics (CFD).

READ MORE ABOUT Rocky DEM
05:13 min   Rocky DEM - Redefining Particle Simulation
What do sustainable processes, Newton and the products of the future have in common? Come find out.
Learn more about the video content